“One good song with a message can bring a point more deeply
to more people than a thousand rallies.”
– Phil Ochs

Music is the voice of the human spirit. It can go beyond language, beyond age or race or gender or nationality, beyond religious or political differences… straight to the heart, body, and soul of all people.

Music is universal. Every culture on earth uses music, even the most isolated tribes. Music has been in use for thousands of year, preceding the written and spoken word.

Music is a powerful tool for reaching people, building connections and understanding, and raising consciousness. The internet is another powerful tool. By combining the two, we are able to spread songs that inspire peace around the world and beyond.

In 2003, we released the How Weird Street Faire CD Vol. 1 with songs by artists who had played at the faire. There are ten timeless tracks by very talented musicians. The idea was to showcase songs that inspire peace. The album, like the faire, transcends boundaries by combining different genres. The album features songs from Irina Mikhailova, Adam Ohana & Eve, Shakatura, Quasar, Penta, Ocelot, Biodegradable, Kode IV, Waterjuice, and Bassnectar. These songs are now available as free downloads in high quality MP3 format. The album was mastered and released by Ceiba Records.

We want to thank the artists for their contribution, and encourage you to support them and all artists who use their creativity to inspire positive change.

The theme of the 12th annual How Weird Street Faire on May 9, 2010 was “Bollyweird: The Cosmic Dance”. In honor of the theme, a special peace remix of the Bollywood song “Jai Ho” was created by local artists who had played at the faire. The “Jai Ho Shanti Remix” was played at the conclusion of the faire on all sound systems, in a spirit of cross-cultural appreciation.

You are welcome to download and listen to the songs, which were created under a Creative Commons license requiring Attribution and Non-commercial Use.

We encourage all musicians to create songs of peace and social change. If you are interested in contributing music, please contact music (at) howweird.org

In addition to its ability to communicate deeply and bring people together, music has many healing qualities, and is widely recognized as having a powerful effect on human consciousness. In ancient Greece, Aristotle, Plato, and Pythagoras wrote of music as a healing influence which could affect health and behavior. The Greek physician Hippocrates administered musical treatments to his patients in 400 B.C. And long before the Greeks, Egyptians and Sumerians were practicing music therapy. Frescos painted around 4,000 B.C. depict harp-playing priests using music for healing and prayer. Most cultures around the world have recognized the importance of music and sound as a healing power. In the ancient civilizations of India, Africa, Europe, the Orient, and among the Aboriginal and Native Americans, the practice of using sound to heal and achieve balance has been used for thousands of years. Music is not only entertainment, music is medicine for the body and soul.

Dr. Mitch Gaynor, Director of Oncology at the Cornel Cancer Prevention Center states that “sound can redress imbalances on every level of physiologic functioning and can play a positive role in the treatment of virtually any medical disorder.” Dr. Oliver Sacks explains that “music imprints itself on the brain deeper than any other human experience.”

Numerous scientific studies have demonstrated the health benefits of music: it can lower blood pressure and heart and respiratory rates, reduce cardiac complications, increase the immune response, and increase our capacity to learn. At the California State University in Fresno, studies showed that migraine patients who have started and continue to listen regularly to their favorite music have one-sixth as many headaches. Premature babies at UCLA in Los Angeles and at Georgia Baptist Medical Center in Atlanta gained weight faster and used oxygen more efficiently when music was played for them daily, compared with babies in control groups without music. When used by surgical patients, music reduced the need for anesthesia and pain relievers. Many hospitals and medical institutions are now recognizing the benefits of music, and are providing music therapy as a service to their patients.

“Music is processed in more regions of the brain than we ever imagined,” says Josef Rauschecker, a Georgetown University researcher who studies the auditory processes of the brain. “Music is a great example of how different parts of the brain can act together. Music can have a profound, even physical, effect on the brain.”

We, ourselves, may be composed of music. A U.S. geneticist, Dr. Ohno, assigned a musical note to each of the 6 amino acids that make up the DNA code. He then looked at the sound patterns formed by the DNA in various living things. Dr. Ohno found that rather than random sounds, these notes actually formed patterns that created melodies. In one experiment, he transcribed the “notes” of the DNA of a specific type of cancer. The melody, he reported, had an uncanny resemblance to a musical piece written by Chopin in the 17th century, Chopin’s Funeral March.

If we look at current theories on quantum physics, we see additional evidence that supports the ability of sound to support and enhance healing. All particles including atoms, electrons, and subatomic particles are energy in a state of vibration. Sound is a vibration, and any sound generator will cause other particles to act as resonators, picking up the sound from the source. This change in the vibration of subatomic particles resonating to music can impact how larger structures such as atoms and cells are structured. If healing can take place on an atomic or cellular level, it can conceivably heal the entire human being, cell by cell.

We believe that music also has the ability to heal on a global level. We hope that by spreading the vibrations of peace music, we can help to heal the world from war and destruction and separation.

For more information on music and healing click here. 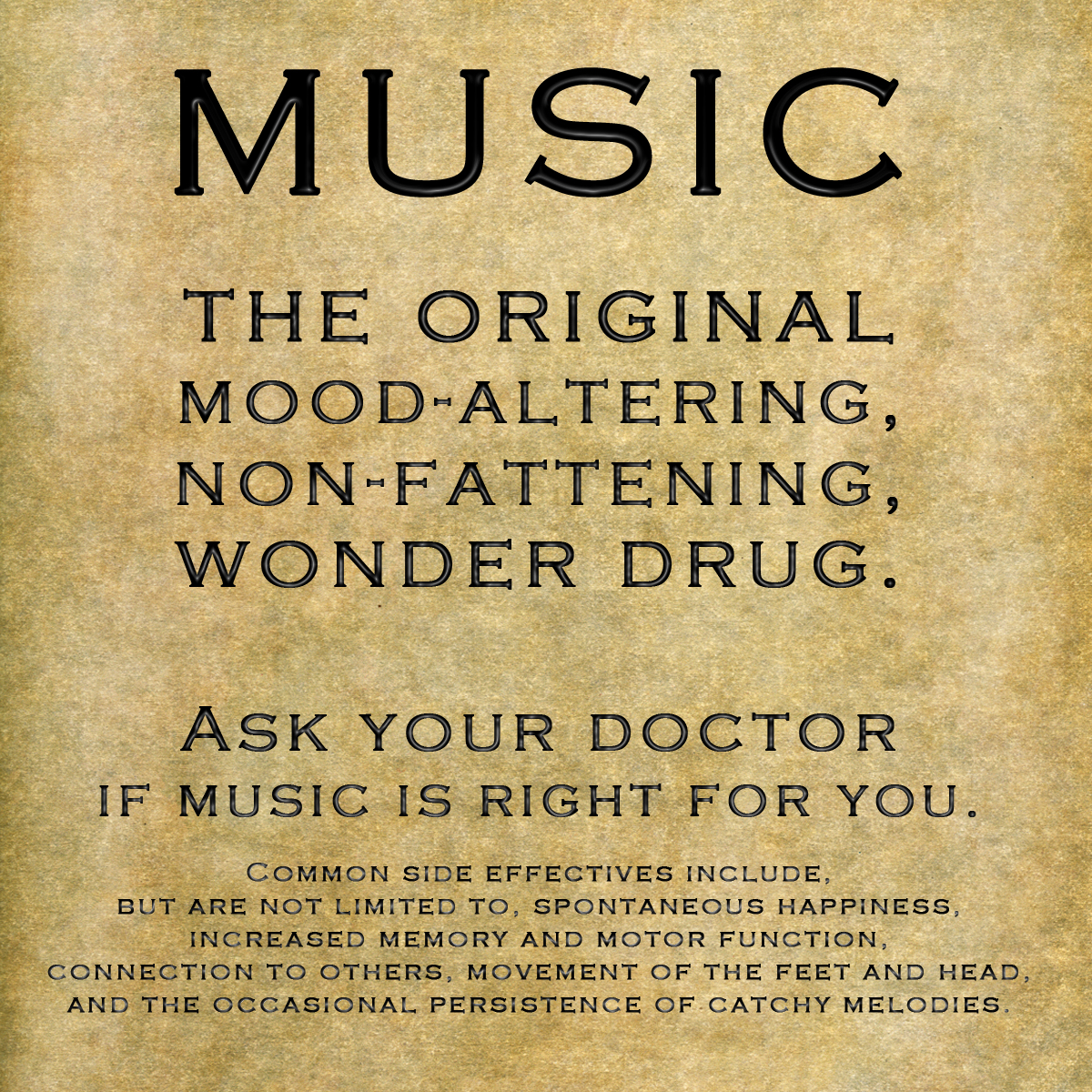