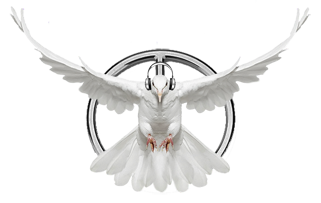 The How Weird Street Faire is a project of the educational non-profit World Peace Through Technology Organization. The faire, like the non-profit, aims to inspire peace through music, art, ideas, raising consciousness, and the benevolent uses of technology. The faire is a musical and visual sensorium, a term used by Chet Helms to describe the Family Dog venue located in the former dance club of Playland at the Beach. The faire is also a paxorium, or place of peace, filled with thousands of people accepting and appreciating each other, connecting with each other, and forming one glorious community.

The faire and non-profit grew out of a community of artists called the Consortium of Collective Consciousness or CCC, which was formed 20 years ago. They were part of a larger movement that had spread around the planet. This new type of music and culture was made available by the use of extremely powerful new tools, especially the computer and internet. Suddenly, a whole unexplored world of possiblities opened up, limited only by one’s imagination. This global dance culture started in the industrial cities of America and Europe, and then blossomed in India before settling in San Francisco, where it merged with the area’s legendary alternative cultures, and created some truly amazing experiences. Throughout the years, and many changes, the How Weird Street Faire has maintained this cultural spark, focused on bringing people to a greater level of understanding and connection, and ultimately peace.

The Consortium of Collective Consciousness used advanced sound and light technology, inspired music and art, and active dancing to facilitate transcendent experiences which deeply affected the participants, and brought a greater awareness of themselves and the universe. In addition to the profound individual effects, the synchronized dancing brought the entire group to an even more elevated state of consciousness. This is similar to the experience had by people in cultures around the world for thousands of years. Only now, it was made far more potent through the available tools and global scale of the new culture.

Inspired by what was happening, and seeing it’s potential to bring peace to the world, a non-profit was created called “World Peace Through Technology” to explore the potential for connections and understanding through music and art, and find ways to inspire and create peace using technological tools and cultural gatherings. The CCC events had become too crowded, forcing the participants to be more and more limited. The new non-profit decided to create an event in the middle of the street in order to bring the transformative experiences out to public, and invite everyone to participate. A street faire was born on Howard Street, on the block outside of the CCC warehouse and World Peace Through Technology non-profit office. The same energy and experience that had been taking place indoors had now spilled out into the streets, without losing it’s intensity, and the rest is history.

For the first two years, the faire was a direct extension of the CCC community. This enabled the faire to grow, and attracted a wide variety of interesting people from all over the world. In 2001, the space that housed the CCC community was lost due to rising costs. The community became decentralized, and soon the events stopped. But the faire kept going, serving as a reunion of the CCC, and a gathering of more and more communities. As the faire expanded in size, both in attendance and physical space, more sound stages were added to the two original stages that were produced by the CCC. How Weird welcomed other dance music communities to join the celebration of peace, seeking to bring all the different tribes of dance music together and form one interconnected community. How Weird gives people a chance to learn about what the diverse dance music groups are doing, and get a taste of some of the world’s most vibrant culture and expression.

The How Weird Street Faire has been an experiment on how to create a peace event, one that allows “opposing” sides to find common ground and similarities, and to share in experiences that can lead to bonding and mutual understanding. We identified the essential elements of the Consortium of Collective Consciousness experience, including cutting-edge electronic music, synchronized group dance, inspiring visionary art, a collective expansion of consciousness, a very diverse group of people, an open mind, and a lot of fun. Then we applied them on a large scale in a public venue with amazing results. We found that those elements are the ideal ingredients to a peace event.

The need for creating peace has only grown in the years since we started the faire. We want to share what we have learned, and open source the elements of a peace event, in the hope that more of these events can help bring peace to the world.

We encourage all people to make their own peace events. We need gatherings that can bring different people together. Please let us know what you learn and what elements you find to be useful for bridging divides and connecting people. As the Dalai Lama explained, one of the best things that people can do to bring peace is to hold festivals with music and art that bring people together.

What is the How Weird Street Faire?