When two people are in conflict, they are focused on what separates them. During war, there is a divide between people that makes it difficult to relate to each other. If there was some way to bridge that divide and find a way for opposing people to understand each other, then there would be a path towards peace. There are ways, and one of them is music.

Music is one of the few things that all people can relate to and appreciate. Music makes us human. It is a fundamental part of our lives. Music is found in all cultures and all nations, from the very beginning of our history. Henry Wadsworth Longfellow once said, “Music is the universal language of mankind.” Music has an amazing ability to bridge divides between people. Music can increase empathy and teach us how to relate to others. Music can directly lead to peace. It only takes understanding one person to break barriers of fear, separation, and misunderstanding.

One powerful example of music directly leading to peace was during World War I, in Northern Europe at the end of December 1914. The war had been raging for 5 months, and the soldiers were tired and homesick. In southern Belgium, at the epicentre of the fighting along the Western Front, there were 100,000 soldiers divided by a small empty space known as “no-man’s land”. On one side were British, French, and Belgian troops. On the other side were German and Austrian troops. On Christmas Eve, near the tiny village of Ploegsteert, an amazing thing happened. The British soldiers started noticing that the German soldiers were decorating the tops of their trenches with candles and Christmas trees. Then they heard a familiar tune, the Christmas carol Stille Nacht, which changed their way of thinking about the enemy. The tune was the same as the song Silent Night, which they had grown up with. The British troops responded by singing O Come All Ye Faithful. And then the Germans joined in with the Latin words to the same song. The mutual appreciation of music had an immediate effect on the soldiers on both sides of the divide. Suddenly, they no longer saw the others as enemies, but rather as potential friends that were similar to them. Finally, a German messenger raised a white flag and strode boldly across the snow dusted no-man’s land to broker the Christmas ceasefire.

The troops then walked out into the empty space and greeted each other. They exchanged food and drinks and buttons and badges. They told stories and jokes, and even played a game of soccer. One German barber gave haircuts to British “customers” in a crater, while others posed for pictures. Sir Arthur Conan Doyle described that time as “one human episode amid the atrocities which have stained the memory of war.” A British officer wrote to his wife that a further truce had been fixed for New Year’s Day as “the Germans want to see how the photos come out”. But that never happened, because as soon as their commanders back home heard about the truce, they ordered it ended and began rotating in new troops who had not been humanized by the sharing of music. British Lance-Corporal George Dyce, who participated in the truce, said of the Germans: “They don’t want to fight any more than we do; they are as fed up of this game as we are fit to be. They told us that they would not shoot if we did not, so we have had a holiday for the last two days we were in the trenches… I thought peace was
proclaimed, but no such luck. I am sure if it was left to the men there would be no war.”

Another example of peace bridging the divide between opposing people happened in South America in 2008. The Peace Without Borders concert took place on the border between Colombia and Venezuela, at a time when there was much conflict and mistrust between the two countries. Tens of thousands of people, on both sides of the border, came together to hear music that was popular throughout the region. “It’s not that a song is going to change people. But music becomes an excuse to send a message, that we’re all here together building peace, that we are here as citizens and this is what we want, and we have to be heard. We don’t want to get involved in conflicts between people,” said Juanes, a Colombian musician who played at the concert.

There are many other examples of music bringing opposing people together. There have been Indian and Pakistani musicians playing together, Israeli and Palestinian, Russian and American, North and South Korean, as well as different groups of religious, political, and cultural backgrounds. And these have had a lasting impact on many people. Music touches us deeply, speaking directly to the emotions. This is why the connections that we make through music can be meaningful, and lead to a greater understanding of others.

Music festivals are an excellent way to bring a diverse group of people together and have them co-experience music together. Here in the United States, a concert or festival in a major city like New York or San Francisco brings a very diverse audience together. People from different countries, cultures, and identities, come together to share their love of music. Everyone can find common ground through music, and once that is done, the “other” is no longer unknown. The other is just a different version of yourself. You grow understanding and connections by appreciating the same thing, which leads to peace.

The World Peace Through Technology Organization produces an event every year that brings together many different types of music and people called the How Weird Street Faire. It uses music and art to create an atmosphere where anyone can find common ground with others. The event encourages people to accept and appreciate our differences and what makes us unique, while embracing the things which we share, like good music. The event has enabled friendships to form where before they were unthinkable. We know that music is a path to peace, because we see it happen year after year with an extremely diverse crowd of tens of thousands of people from around the world.

Music is a great uniter, bringing people together. Music crosses all bridges, borders, and time zones. Music transcends all ideologies, politics, religions, languages, cultures, and wealth. Music is oblivious to race, gender, age, and appearance. With so many things to divide us and separate us, it is important to find things that can connect us. Music connects us all. 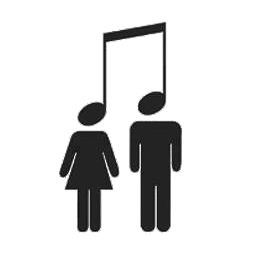 Music is a path to peace